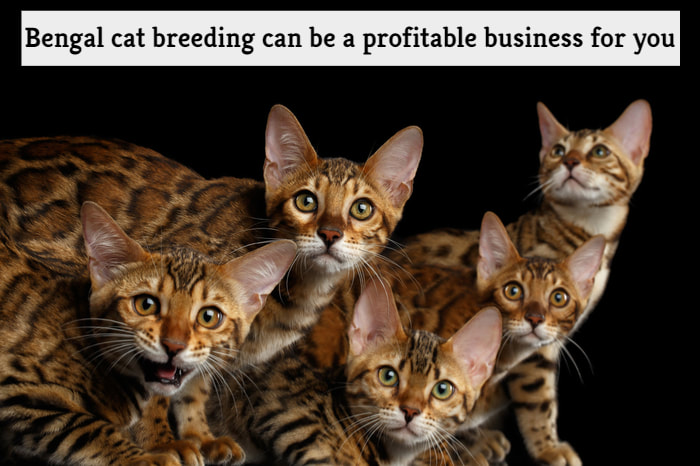 When to Start and Stop Breeding

When Do Queens Go Into Their First Heat?
When Are Studs Able To Sire Litters?
Sexual maturity for Studs can start at as early 6 months. They will go through major growth spurts, start spraying to mark their territory, caterwaul to serenade and attract mates, and lastly, will show interest in mounting Queens. While they may be exhibiting all the right signs, often times there's a steep learning curve for Studs. The mating act itself takes time to gain confidence and master. Therefor, Studs usually aren't able to actually start Siring litters until they're 10-12 months old. Even then, the litter sizes may be initially small as the Studs won't be successfully mating as often as they will when they've gained experience.

When Can I Start Breeding My Queen?
Age isn't as important as weight and appetite since ultimately that is what determines if a pregnancy can be safely maintained and even litter size itself. I have an 8 month Queen right now (Tundra) whom is as big, if not bigger, than her mother (Desert Rose)! So she is ready to start Breeding for sure. I also had a 6 month Queen (retired now, Bedazzle)  whom had a silent heat (showed no signs). While I normally wouldn't have allowed a Queen as young as 6 months to mate, she took matters into her own hands! Turns out, she knew what she was doing. This girl had an appetite like you wouldn't believe. She would eat anything and a lot of it. Her first litter, at 8 months old, was with 7 kittens! All big, healthy kittens that she had no problem taking care of. Her appetite more than made up for any energy deficiency a pregnancy and subsequent nursing would have given. The younger then normal pregnancy also never stunted her growth and she went on to have a long and productive Breeding career before retiring as a spoiled pet.

How Often Do I Breed My Queen?
Bengals, specifically as a Breed, are more prone to a type of uterine infection known as Pyometria. The reason for this predilection is that when Queens go into heat their cervix dilates to allow for the entry of sperm. Unfortunately, it also allows for the entry of bacteria as well that exists normally within the vaginal wall. When not bred, Bengals stay in heat much longer then most other breeds, allowing them to stay at risk for a longer period of time (7-14 days Vs 3-5 days).  However, when bred, Bengals stay in heat as long as most other breeds. Therefor, to prevent the risk of Pyometria, Bengal Queens are best to Breed as often as is possible.

That being said, I am a big believer that biology/nature developed over millennia to function the best way possible. As I've mentioned before, weight is the key. Once a Queen is at the correct weight (not age) to sustain a pregnancy, they're able to go into heat for the first time. Once kittens are born, the continuing drain on energy/weight is what keeps the Queen from going back into heat. If the drain on resources/weight isn't sufficient enough, like in the case of a small litter, the Queen is more likely to gain the weight back needed to sustain a pregnancy and they go back into heat.  Typically, a Queen will gradually wean her kittens and then will go back into heat. This naturally lends itself to a healthy Queen having litters roughly every 5-6 months.

Disparity In Breeding Age Of The Sexes
So if Studs can't sire until 10-12 months and Queens go into heat at 8-10 months, then exists a natural disparity in ages between the sexes. Due to an increased risk of Pyometria in Bengal Queens that don't breed, it is important to make sure your Stud is ready for her when she goes into heat. You can usually safely skip the first heat cycle if needs be, maybe the 2nd as well, but it becomes increasingly unsafe to continue skipping cycles. It is, therefor, best to have your Stud 2-4 months older then your Queen.

When Do I Retire My Queen/Stud?
Generally, many Queens can continue breeding until 5-6 years old. Some will retire early due to many other factors (infection, C-section, complications etc.) There are many ways to tell it is time to retire your Queen, any number of them will satisfy the need: None of these should be happening if your Queen is in the young, fertile Breeding years (1-5) and healthy! If you see these signs in Queens 5+ years, then you should be looking at retirement. In younger Queens, these could be signs there's an infection at play. There are many types of viral, bacterial, and parasitic infections that are known to affect fertility (G-Strep is a more prevalent one).

Studs do not suffer from cycles of weight loss/gain as Queens do. So their fertility can last longer, up to 7-8 years. Most of the same signs for retirement in a Queen also hold true for Studs.
As you can see, fertility is complex. It involves both the Queen and the Stud. Age of either can play a critical part.

Recommended Testing:
​
1. Laboratory testing. Screening bloodwork, including thyroid levels, can be used to assess your cat's overall internal health and look for possible causes of infertility. A urinalysis may also be performed, to assess for the presence of urinary tract disease (as the urinary and reproductive tracts are related).
2. Infectious disease testing. FeLV and FIV are common causes of feline infertility; therefore, your veterinarian will test your cat for these conditions. Other infectious disease testing may also be performed, depending on your cat’s clinical signs and history.
3. Vaginal cytology. In this test, your veterinarian will take a swab from your cat’s vagina and examine it under a microscope. Characteristic types of cells seen on cytology will allow your veterinarian to determine what stage of the estrous cycle your queen is in.
4. Vaginal culture. A sample of vaginal material may be submitted for bacterial culture, to assess for the presence of infection.
5. Hormone assays. Analyzing blood levels of progesterone and estradiol can allow your veterinarian to better characterize the stage of your queen’s estrous cycle.
6. Imaging. Ultrasound may be used to assess your cat’s uterus and ovaries.

*Article by: By Catherine Barnette, DVM 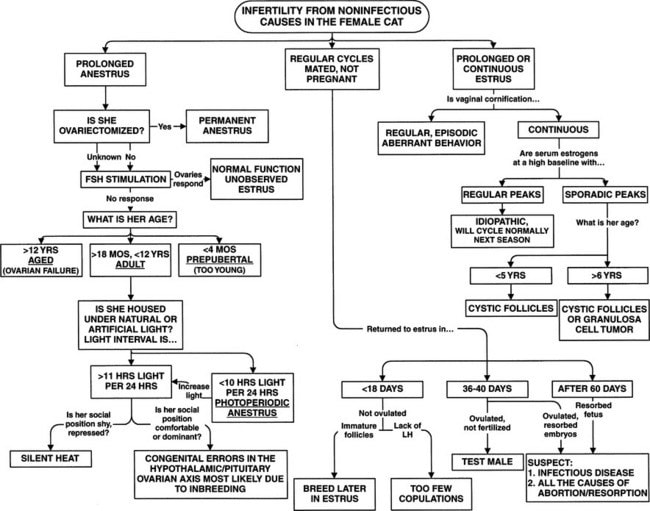